Unlike older children and adults, infants cannot tell you if they have problems with their hearing and vision. They also wouldn’t normally feel uncomfortable because they wouldn’t be able to distinguish auditory and visual problems from normal hearing and sight.

As parents, you need to be aware of signs that will tell you your child probably has hearing and/or visual problems. 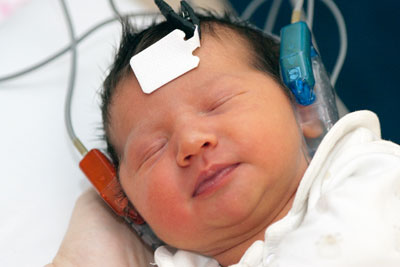 Baby’s Hearing Development
Doctors usually check baby’s hearing after childbirth or within his/her first month. Normally, babies would be able to react to noises when they are a month old. Studies also show that children will react to their parents’ voices at 3 months old, and by 6 months, they can determine the source of the sound by turning their heads toward the source. Most babies will also be able to imitate sounds at 12 months and produce a few simple words.

Warning Signs of Hearing Problems
If your baby has failed the screening, it doesn’t mean that he/she has gone deaf, but the doctors will not be able to provide any treatment until the child is 6 months old. Repeat test will confirm the results and will give the doctors an idea how to save baby’s hearing. Even if the results of the hearing examinations are positive, you should still look out for the following signs: baby doesn’t react to sudden noises at 3 months; doesn’t respond to music and voices; doesn’t imitate sounds at 6 months or feel at ease when there’s a familiar voice; baby doesn’t turn to the source of the sound; and there is no variety in pitch when baby babbles. 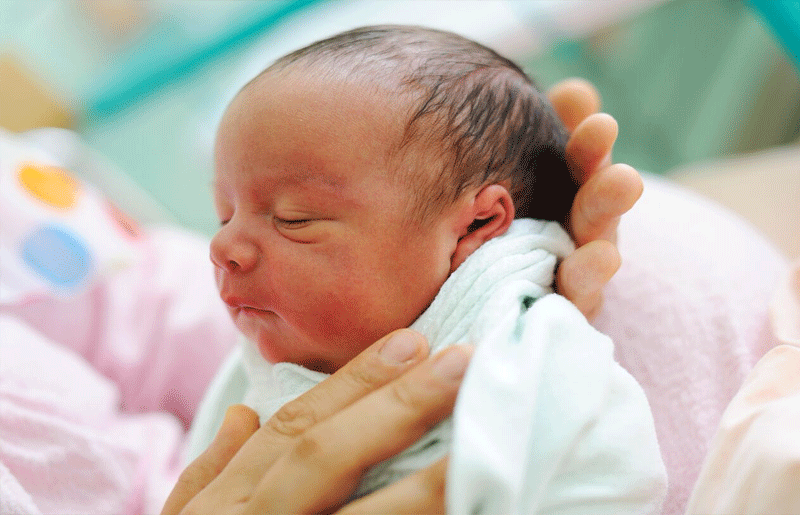 Baby’s Sight Development
Your baby’s eyes are among the last organs to fully develop before childbirth, and during his/her first few months outside the womb, the eyes will continuously adjust as he/he grows up. For example, it’s perfectly normal for a baby to look cross-eyed sometimes during his/her first three months and their sight is normally blurry or out of focus, but they should be able to distinguish different colors. After about a week old, the baby should be able to focus on objects not farther than 12 inches from his/her face. By the time he/she is six months old, the baby will be able to see clearly at any distance and will react to objects and facial expressions. 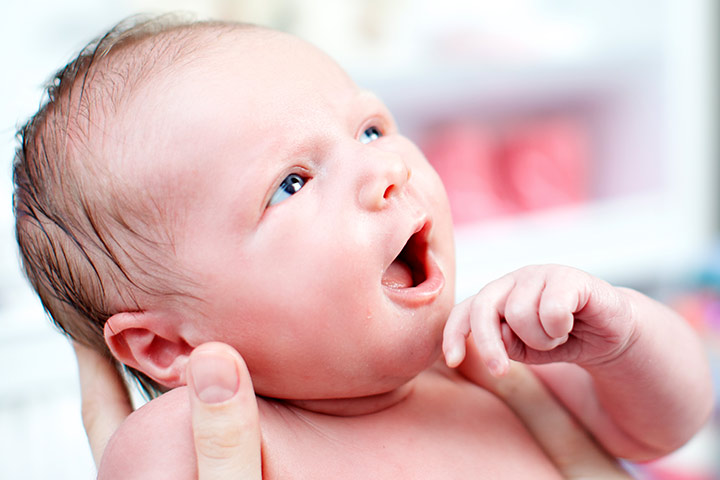 Warning Signs of Visual Problems
A child’s vision will not fully mature until he/she is about 3 years old, but you should consult your pediatrician if you notice any of the following signs: baby’s eyes don’t move or only one eye moves; objects and other visual stimulus don’t elicit reactions from an infant at one month or older; one of the eyes has not opened or one of the eyelids droop; you notice red spots on the eyes when taking photos of the child; one or both of the eyes are bulging; the infant’s eyes look cloudy; eyes are sensitive to light or the baby often squints; the pupils are of different sizes; and the baby often rubs his/her eyes.