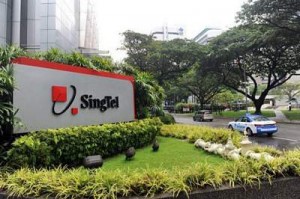 Telephones are very important in the conduct of everyday life. Personal or business calls are noted every minute. Making a call is not that expensive here. For example, local calls from either coin or card operated public phones cost SGD0.10 for three minutes. Card operated phones are more common here. If you are thinking about mobile phone operators, there are only three-SingTel, M1 and Starhub.

You should know that the television and radio stations are all owned by the government. There are eight television channels (three digital simulcast, one HD and seven analogue) which are owned and operated by MediaCorp. When it comes to radio, Singapore can pick up broadcast signals from Indonesia and Malaysia because of its nearness. Furthermore, private ownership of satellite is forbidden.

Singapore relies on information technology. Almost all establishments, institutions and almost all households have computer units and internet access. Singapore is famous around the world because of its readily accessible internet anywhere in the country. This initiative is called the Singapore ONE. There are four ISP (Internet Service Provider) here in Singapore using fibre (OpenNet, M1, StarHub, SingTel, Nucleus Connect, ViewQuest, etc.), DSL (SingNet, M1 and Pacnet) and cable (StarHub, M1, Pacnet and NTT) .

The information age continues to modernize Singapore. Because of the availability and access of the people to telecommunications, all things are possible. Every day, the number of people who are using telephones, television, radio and internet grows.